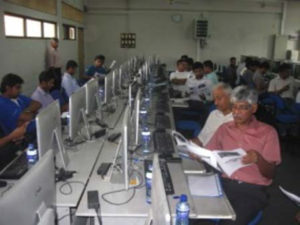 “ Hands-on with IoT ”
IET global network has selected following three industry sectors as its focus area for 2015/16.
*  Internet of Things (IOT)
* Solar Energy and Renewables
*  Electro mobility
In line with IET global network goals, IET Sri Lanka Network did organize several activities for awareness improvement and capability building on IoT in Sri Lanka. Among other events we have conducted workshop on Internet of Things (IoT), as one of the main calendar events for the year 2016, in collaboration with the Computer Science and Engineering (CSE) department, of faculty of Engineering of university of Moratuwa. The objective of the event was to educate, encourage and assist young Engineers and Entrepreneurs towards the new era of IoT with preliminary introduction and hands on experience of making connected devices. 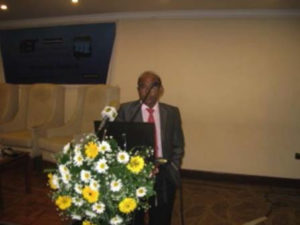 “ The Western Region Megapolis – An overview of the Master Plan ” The evening forum of IET Sri Lanka Network for the month February 2016 “ The Western Region Megapolis – An overview of the Master Plan” was held on 8th  February 2016 at Hotel Galadhari, Colombo 1. The forum was conducted by Mr. Lakshman Jayasekara- Project Director/Team Leader, Western Region Megapolis Planning Project and former Director General, National Physical Planning Department. The forum discussed, A megalopolis is typically defined as a chain of roughly adjacent metropolitan areas (i.e. clustered network of cities), which is the western definition of the Greek word “great city”. This model is based on the belief that if the cities in adjacent regions work together they can create a new urban form that will increase economic opportunity and global competitiveness for each individual city and for the nation as a whole. Accordingly, these clustered networks of cities will have to cooperate in the formation of a structure that takes advantage of their complementary roles while addressing common concerns in the areas of transportation (railways and highways), economic development, environmental protection, etc. In Sri Lankan context, the Megapolis project includes a recreation and entertainment district around Beira Lake and a shopping complex district around Slave Island. The key goal is to transform the entire Western Province by improving and developing essential infrastructure, such as ICT, transportation, communication, power & energy and creating the most exciting and livable cosmopolitan modern city. Under the Megapolis programme, the entire Western Province will be a Megapolis area by 2030. 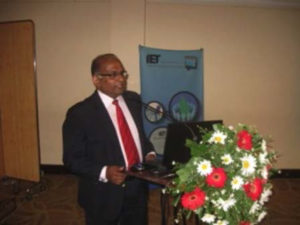 The evening forum of IET Sri Lanka Network for the month March 2016 “Engineering, Tourism and Wildlife” was held on 3rd March 2016 at Hotel Galadhari Colombo 01. The forum was conducted by Eng. Srilal Miththapala Wildlife enthusiasts and tourists the world over are
quite familiar with Africa‟s “Big 5” (i.e. African Lion, African Elephant, Cape Buffalo, Leopard and African Black and White Rhinoceros) the most sought after, highly visible, large and sometimes dangerous wild animals. This has given rise to the very popular brand „Big Five of Africa‟, which is now synonymous with Africa‟s wildlife and tourism. In similar fashion, there is the possibility for Sri Lanka to popularize
and brand a group of animals that are quite exciting to view in the national parks of Sri Lanka namely Elephant, Blue Whale, Leopard and Sloth Bear. Just like the African group of special interest animals, these Sri Lankan wild animals also have a certain allure which makes a close sighting of them in the wild, always an exhilarating experience. Hence, there is no reason why Sri Lanka cannot brand these animals together as a „must see‟- „Sri Lanka‟s Big 4‟. This discussion will revolve on the idea of positioning Sri Lanka‟s Big 4 brand in the mind of wildlife tourist and stimulate greater interest to visit the country. 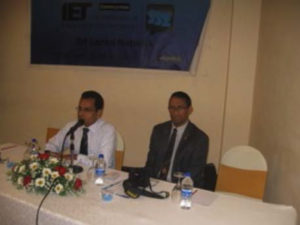 “ Hybrid Television Broadcasting ”
The evening forum of IET Sri Lanka Network for the month April 2016 “ Hybrid Television Broadcasting”  was held on 20th April 2016 at Hotel Galadhari Colombo 01. The forum was conducted by Dr Amal Punchihewa, Director of Technology & Innovation, Asia-Pacific Broadcasting Union (ABU). Traditional media delivery was a one-way communication scheme which predominantly relied on radio frequency based transmission. It provided little opportunities for interaction due to lack of an integrated return channel. With the penetration and popularity  gained by the broadband, over the air delivery can make use of broadband as a return channel to interact
with the media services. There are a number of technologies and standards available, which offer hybrid or integrated broadband broadcast services. Until recently, when watching online services such as catch-up TV or video on demand, the user had to do it on a personal computer or laptop. Now, with a Connected TV it is possible to access content from the comfort of your sofa and watch your favourite shows on the television. 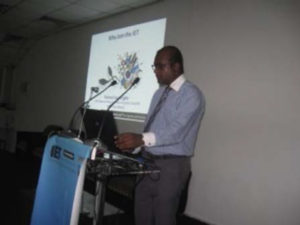 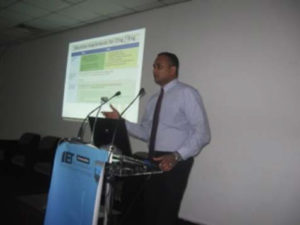 “ Professional Registration with Institution of Engineering and Technology”
The evening forum of IET Sri Lanka Network for the month of May 2016 “Professional Registration with Institution of Engineering and Technology” was held on 5th May 2016 at IESL Wimalasurendra Auditorium Colombo 07. The forum was conducted by Eur Ing.
Lakmal Senanayake & Eng. Rukmal Jayasinghe Vice Chairman IET Sri Lanka Network. The intension of the forum was to convince the
importance of Professional registration as an important milestone for any engineer or technician to establishes their proven knowledge, understanding and competence. In particular, registration shows peers and employers the commitment to professional standards, and to developing and enhancing competence. The IET is licensed by the Engineering Council of UK to award the professional engineering qualifications defined in the UK Standard for Professional Engineering Competence. 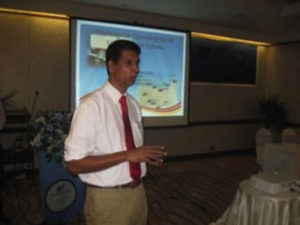 “ Challenges in operating the Sri Lankan Power System ”
The evening forum of IET Sri Lanka Network for the month May 2015 “Challenges in operating the Sri Lankan Power System” was held on 28th June 2016 at Galadari Hotel Colombo 01. The forum was conducted by, Eng. Lakshitha Weerasinghe Chief Engineer – Corporate Strategy Division Ceylon Electricity Board Every power system is unique and Sri Lanka is no different. Being an island system having a large
share of renewable energy and a poorly shaped daily demand profile, one has to understand the intricacies of power system operations before
understanding the problems at hand and proposing possible solutions to overcome them.